There is a constant battle between good and evil , and between the super ego and the Id.  It is blatantly obvious that Tracy is my Id and so Geary would be my Super Ego.  Deservingly so, He is the moral compass in which the All American family lives by.  He has a beautiful wife, two beautiful kids, two dogs and a beautiful house that may qualify as a "historical home".  I say deservingly so because he actually had to "earn" it.
Growing up, Geary had a very short fuse and was easily angered.  Of course, the Id, Tracy would be the antecedent to a lot of the behavior.
In Intermediate and High school, we would often play double's tennis and although tennis may be a "gentleman's game," playing with Tracy was less then gentlemanly, perhaps John McEnroe was his inspiration. ( I may not be innocent in antagonizing Geary but hey IT IS MY BLOG!!!)
Tracy to Geary:  Nice hit into the net, you want us to lower it?
Tracy to Geary: Look who we are playing, it's Faggety Ann and Faggety Andy
Tracy to Geary: That was way out , you want us to paint the lines wider for you?

and my personal favorite , as the ball was lobbed to Geary and he clearly had a "put away shot"
Tracy to Geary:  SLAM 'EM GEARY
woosh into the net
Tracy to Geary: Nice shot..
Geary: FUCK YOU GUYS!!!!! ( This may not be funny on one instance but this was a multiple occurrence)

Then there was the post tennis walk home or the walk of shame for Geary and the free drinks and Pizza funded by the losing team.  On one of the return trips, being competitive, we would often race to our destination, Tracy being Tracy, started to sprint and so we all followed suit, Geary being the last to catch up ( or maybe because he was the slowest ) and lagging far behind, was still running while the rest of us were walking. Suddenly an owl flew overhead so it appeared as if Geary was running away from the owl and until this day it is a known fact that "GEARY IS AFRAID OF OWLS!!!" (Guess who came up with that deduction) 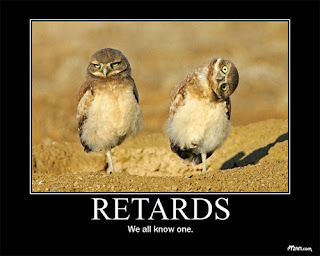 Growing up with us, Geary has become very resilient and resourceful and has learned to say "no" on occasion.
Once ( sorry I had to take a break because I  was laughing so hard at the memory and I hope you guys find it funny too-however it may be one of those - you had to be there) at Sheldon's house ( and before the use of alcohol) we had to amuse ourselves, the Id (maybe it was Shel - DEFINITELY not me because it is MY blog) heard that you can make someone pass out by depriving oxygen to the brain. Sooooo the idea was to stand up against the wall, hyperventilate, hold your breath and the rest of us will press on your chest cavity to release whatever oxygen remained in your lungs ..... Of course safety first! Right? So we placed sofa cushions directly in front of the victims... that being said, I know Sheldon and I tried and it didn't work... then came Geary, he did what was instructed and we all pressed on Geary's chest... WHUMP! Geary passed out, missed the cushions, and he immediately started bleeding. He either cut his lip or had a nose bleed. Of course we tried to catch him but that is hard to do with one hand, while we were busy "high fiving" and celebrating with our other hand. Being resourceful, Geary had to tell his parents he fell. bwahaha
WAIT, I don't remember Tracy trying....but I do remember Mr. sensitivity telling Geary, " YOU missed the pillows!" Umm bruddah he was unconscious ...

Being resilient, Geary had to endure many heart breaks. Like I stated earlier, we were all very competitive and it became Kenny's personal challenge to try to score with whom ever Geary was infatuated with (of course it changed weekly - the trophy did say "horney toad" not "hairy toad" yes G, you can thank me for my bad penmanship). However, it did take it's toll...  Geary actually accused me of trying to hit on his current crush! And to set the record straight:
Finally, Geary has learned to say no on occasion ... In High school while we were out getting into mischief, Geary would often tell us he had to study - the consequence - he went to Berkeley :)  BUT he has yet to learn not to give into peer pressure...   While I can resist the taunts  " You want to put a nipple on your beer , because you are nursing it"  Geary cannot say "no" to having another beer and tries to keep up beer for beer with the Id, even though we all know it is an impossible task.

Side Note: If girls with big tits work at Hooters. Where do girls with prosthetic legs work?.. Ihop...

That being said perhaps Geary should be thanking us for becoming who he has become. You are welcome G!

Fast forward to the present.
While Geary discourages me from continuing in a failed relationship - Tracy tells me to stay in it for the sex.
While Geary discouraged me from dating while I was separated - Tracy questioned my masculinity.
While Geary understands that I cannot consume another beer - Tracy will call me "candy ass", or ask me what size panty I'm wearing...

"No means no" and I am not depressed or suicidal! I do not want another beer ...  I do not want one, Sam I am ... I do not want one 'cause I don't give a dam!
Update: Recently Geary and I went drinking at a popular watering hole, and I guess he still feels guilt for the previous accusations and I soon learned that G has to learn the difference between "wingman" and "zookeeper"....  "Zookeepers FEED the cougars".  He may as well have given them my blood type, all for one round of beers... But this what transpired, as he immediately texted the Id.